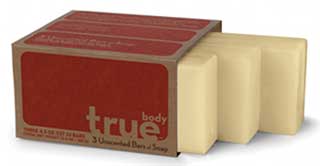 The concept for Milk Money popped into my head way before anyone was using the term crowdfunding. Back then in 2007, I called it my “million moms” idea: I figured lots of moms across the country would want my all-natural, affordably-priced soap for their families and would love to help a mom entrepreneur get her company started. So why not get small investments from a lot of people (e.g. $1 from a million moms = $1 million) to raise capital for my first entrepreneurial venture, TrueBody Products.

When I ran the idea by my attorney and financial advisor they said flat out “you can’t do that.” But I wouldn’t let it go and even tried some creative (and legal) ways to do what I called Community Supported Enterprise where people could pre-buy soap. Same concept as Community Supported Agriculture (CSA): I’d get cash up front to produce soap, and then I’d send soap (or coupons) to the “community supporters” who’d pre-paid.

Good idea in theory, but really difficult and costly to execute.

So, I resigned myself to raising capital the traditional way – from banks, angel investors and venture capital. Unfortunately, when I started down the money trail it was the fall of 2008…. Remember the fall of 2008? The start of the Great Recession. A particularly rotten time to raise money as the stock market tanked and angel investors ran for cover.

But I did it. I raised nearly $1 million over four years from angels and venture capital funds, plus a little from a local lender and friends and family. In the long run, though, the ultimate cost of this capital was devastating.

First of all, it took most of my time, effort and focus because I was constantly in money-raising mode. This meant I had less time and energy to put into actually running and growing my business. Second, I learned the hard way about the risk of bringing on venture capital too early in a company’s lifecycle.

Once you bring in venture money, you give up some control over your company. In the case of TrueBody, it took the form of a conflict between me and my new board members about how to grow the business. I knew from nearly 20 years of developing brands and launching products for Procter & Gamble, Welch’s and Seventh Generation, that TrueBody would not be accepted into big retailers like Target and Kroger without at least 3-5 products in the line-up. At the time, we only had one product. The board disagreed and said to put focus on getting into more stores before adding new products. I argued and reasoned, but when your next “fix” of money is coming from the folks who set the targets, you have to play along….

I quietly kept working on new product development but couldn’t put as much R&D into it as I knew it needed. Fortunately, the one product I did have in the market performed so well that Kroger, the largest grocery chain in the country, invited me to present an expanded product line for roll-out to all 3,000 of its stores. This was the big break that I’d been working toward for so long. I trotted out the sketchy plans I’d been working on for new products but, of course, didn’t have any product samples. Ultimately, Kroger said they liked the plans for the new product line and to come back to their next category review a year later for roll-out. When my venture capital investors heard “a year later,” they said they couldn’t wait that long and pulled out.

TrueBody was dead in the water. Even with growing sales, we still weren’t at breakeven and needed more capital to make inventory. I tried to sell the company – it was a successfully growing business, after all, with the prospect of Kroger coming in the future – and came close, but in the end had to shut down. After nearly five years of constant struggle, I just couldn’t take the personal financial burden of keeping the company going any longer.

It’s a sad ending and one that happens all-too-often, I’m afraid. It’s precisely why I’m so motivated to help other entrepreneurs find patient capital from Vermont friends and neighbors through Milk Money. I hope Milk Money will help make sure good ideas don’t die on the vine with potential left unrealized. And I’m excited for Vermonters to participate in the financial success of Vermont’s entrepreneurs. This is how we keep Vermont’s economy strong.